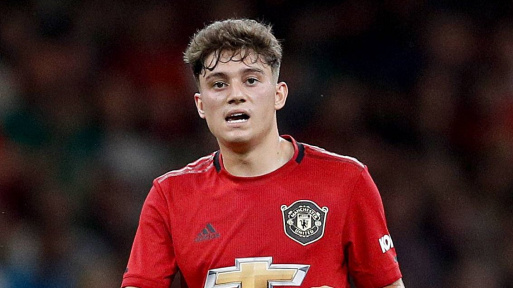 Marcelo Biesla has been interested in Dan James before. Leeds famously tried to sign the Welsh winger from Swansea City in January 2019 only for the deal to fall through in the 11th hour. Six months later the player moved to Manchester United.

James had an up and down first season at Old Trafford. His hot start raised expectations to the point that they would never be met. His three Premier League goals and six assists was something you’d have signed on the dotted line for in August, but the fact that it all came in the first half of the season meant the second half was ugly.

That’s lead to United fans turning on him because United fans will turn on anything. It’s also lead to Biesla making another play for him.

Both of those ideas are laughable.

United paid about £15 million for James last summer. Some bonus clauses being hit lead them to pay another £1 million this summer, so £16 million total so far (it’s reported it can get as high as £20 million). Selling him for anything less than that, is laughable.

James had four goals and seven assists in all competitions, just shy of the five goals and eight assists he had in his final year at Swansea. There is of course the caveat that last year he did this in the Premier League, a massive step up from the Championship.

So his numbers are sorta the same, but the player’s resume now reads a 22 year old with Premier League and European experience. His value isn’t the same as it was a year ago, it’s higher. If Leeds come offering £25 million or more we’ll talk, anything less and they should be laughed at.

There are some who are of the belief that James’ isn’t up to quality of United and if they get any offer they should sell.

Taking less than what you paid for James would be admitting that he didn’t work out (which I must say, it is extremely early to make a definitive call on that). And since many fans are currently screaming at the board that they should be backing Ole Gunnar Solskjaer because he’s hit on all of his previous signings… well, that might not be the path you want to take.

A loan move makes even less sense. What’s the point in doing that? For James to get game time?

Dan James doesn’t need game time. In fact his problem last season was that he got too much of it! James was never supposed to be a first choice player last year. He was supposed to be a squad player but thanks to injuries and complete ineptitude from Andreas Pereira and Jesse Lingard, Solskjaer had no choice but to play him. Over and over again. By January he was completely worn out.

So Dan James does not need to go on loan to gain match time or experience. If United sent him to Leeds they’d be making a Premier League rival stronger and weakening themselves. That’d be pretty stupid.

James is in a rough patch of form. Sort of. He appeared twice for Wales at the start of the month impressing in both games. He was a complete non-factor in United’s opening match against Crystal Palace – but then again he’s always struggled against teams that sit deep. When there’s no room to run behind a defense you’d expect a player like James to struggle.

The jury is still out on Dan James but definitely saying he’s not good enough for United is helplessly naive. A year ago he was doing things like this,

Would have had seven assists if Rashford could just finish…

Don’t forget the key parts he played in United’s wins over Tottenham and Manchester City (twice). His defensive attributes and ability off the ball are unmatched.

I know, if we’re talking about an attacking players’ work rate it’s because they ain’t scoring. There’s a lot of truth to that. James needs to improve on his decision making and really needs to improve on his final ball but guess what, he’s only 22 – he has time! That development will come. People keep telling me that Scott McTominay is ‘young and still developing’ and he’ll be 24 in December!

If 23 going on 24 after three years of Premier League football is ‘still developing’ then certainly 22 going on 23 is.

United don’t need to give up on James, they don’t need to loan him out. He just needs to find consistency and they just need to be patient. Don’t play him too much, be selective as to when you do play him to give him the highest chances of success.

One thought on “Loaning Dan James to Leeds makes no sense”