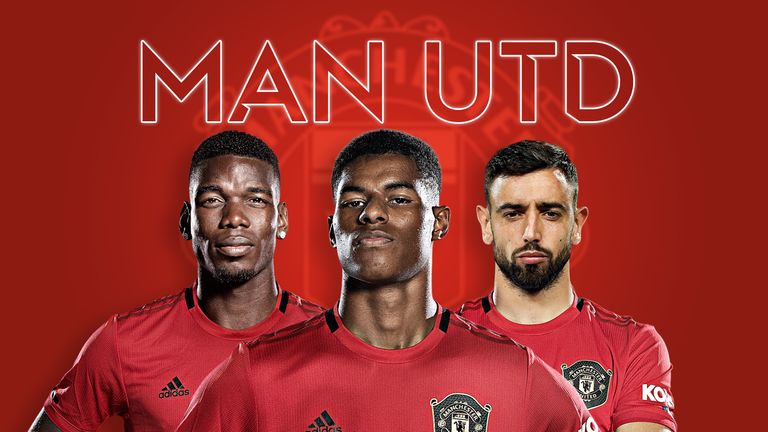 Last year I wrote a season preview about how Manchester United would finish in the top four the Premier League. At the time it looked a bold prediction, especially as the overall outlook of the fans was mixed at best last summer.

The focus of the piece wasn’t so much about why United were going to win their way to the top four, but rather that for as many questions as there were about United going in to last season, their direct rivals had just as many questions if not more.

Basically even if United weren’t that great, the odds were good that they would never fall too far out of the top four race.

Part of the impetus of writing that piece was due the overwhelming amount of negativity that was coming after last summer’s transfer window.

Here’s what I wrote last year that – not surprisingly – still rings true today.

What’s ticked me the most over the past week has been the amount of negativity coming from both the fans and the local media (as always my boy Sam Luckhurst). It’s astonishing! You’d think the title and Champions League spots are decided based only upon the names you signed and what club they came from. It’s almost as if fans are basing their feelings around who the club didn’t sign rather than everything else.

As of this writing, United have only made one signing (Donny Van de Beek – though rumors that Jadon Sancho is close have begun ramping up. Sergio Reguilon could be joining too). The difference between last year and this year is, the transfer window isn’t closed yet. United’s season is still a week away, there’s still time to bring players in.

Despite that, fans are growing restless. We’re already at the point where people are trying to tell me that solely because United haven’t signed anyone Arsenal and Tottenham are now better than them (lol).

Everyone relax. United are going to be just fine. Despite what you may feel has been a catastrophic summer (it hasn’t been) they are still comfortable favorites to finish in the top four.

Let’s look at why.

A lot of people probably don’t want to hear this, but Liverpool and Manchester City are still in their own league. It’s unfortunate but United aren’t competing with them this year (and neither are Chelsea).

That’s by design. United have a three year rebuild plan in place. This is year two. That plan doesn’t call for them to competing for the title until year three. If they’re there this year, that’s a nice welcome bonus.

Liverpool are going to come back to the pack a bit this year. They still have enough talent to win it all but they have a pretty shocking lack of depth in some areas and they’re getting up their in age. The condensed schedule won’t be nice to them and they’ll likely feel it. They’ve also had tremendous injury luck the past two years and you wonder how much longer that’ll continue.

City will probably drop off a bit as well but they’re much more built for this condensed season considering that their backups are good enough to push for a Europa League spot on their own. The good news is, I think City come back to earth after this year because (bold prediction alert) I think this will be Pep’s last year in Manchester.

So just like last season the top two is likely sorted. Now it’s on everyone else competing for those final two Champions League spots. Let’s take a look.

Give Brendan Rodgers a football team and he can coach them. He’s proved that at Liverpool, Celtic, and Leicester. Where he runs into problems is when he starts to build his own teams – and he’s now been building this team for a year and a half.

James Maddison regressed last season as did Youri Tieleman’s and you have to wonder when father time will catch up to the 33 year old Jamie Vardy (or if it already has? Only six of Vardy’s 23 league goals last season came in 2020). They’ve lost Ben Chilwell.

Leicester’s collapse last year was one that everyone in the data community saw coming – albeit probably not as extreme as it was. They were over performing their metrics at a completely unsustainable pace in the first half of last season and regression was obvious in the second half.

Everyone and their mother is high on Arsenal this year because “Mikel Arteta” and I’ll be honest, I just don’t see it.

Sure Arteta took over and got some better results – as well as an FA Cup which will do you wonders – but a look at Arsenal’s underlying numbers suggest a mighty big problem. He didn’t actually improve them.

Compare that with what Ole Gunnar Solskjaer did when he took over at United. 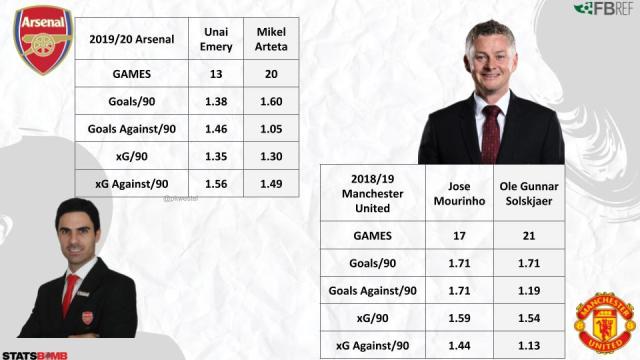 Neither manager did much to help their attack – both ran into some stretches of lucky finishing and unlucky finishing against to help swing results their way – but at least Solskjaer vastly improved that defense.

Now, Solskjaer had a bit of a weird 2018/19 that can distinctly be broken down into two categories; before he was given the permanent job and after he was given the permanent job. The latter was a disaster – mainly because the club had no midfield and Romelu Lukaku and Alexis Sanchez couldn’t play in Solskjaer’s system – but defensively the numbers were still there. The following year he got the attack back to where it had been while improving the defense even further. 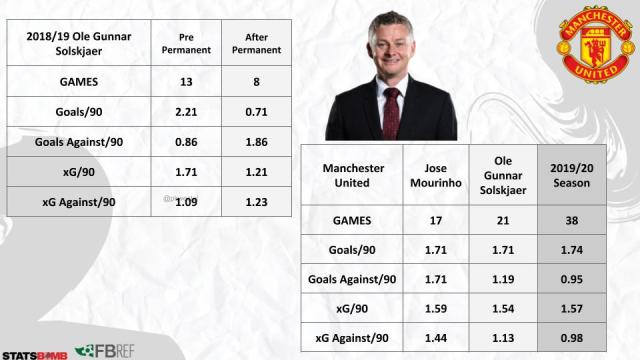 Now remember at the start of the season there were so many doubts as to whether Solskjaer could manage at this level and yet we’re already convinced by Arteta who barely improved Arsenal’s underlying numbers? Color me skeptical. (Whatever, we know the media will never give Ole credit even when he’s outperforming others).

The signing of Gabriel from Lille is a good signing and he’ll help Arsenal playing out from the back, but as for the rest of Arteta’s style what is it? If it’s still just relying on another good run of finishing from the aging/declining Pierre Emerick Aubameyang then they’re in for a rude awakening.

And to help ease the scoring burden they’ve signed… the 32 year old Willian?

Yea I can’t take them seriously.

2 thoughts on “Season Preview: Manchester United Will Be Alright – Part I”