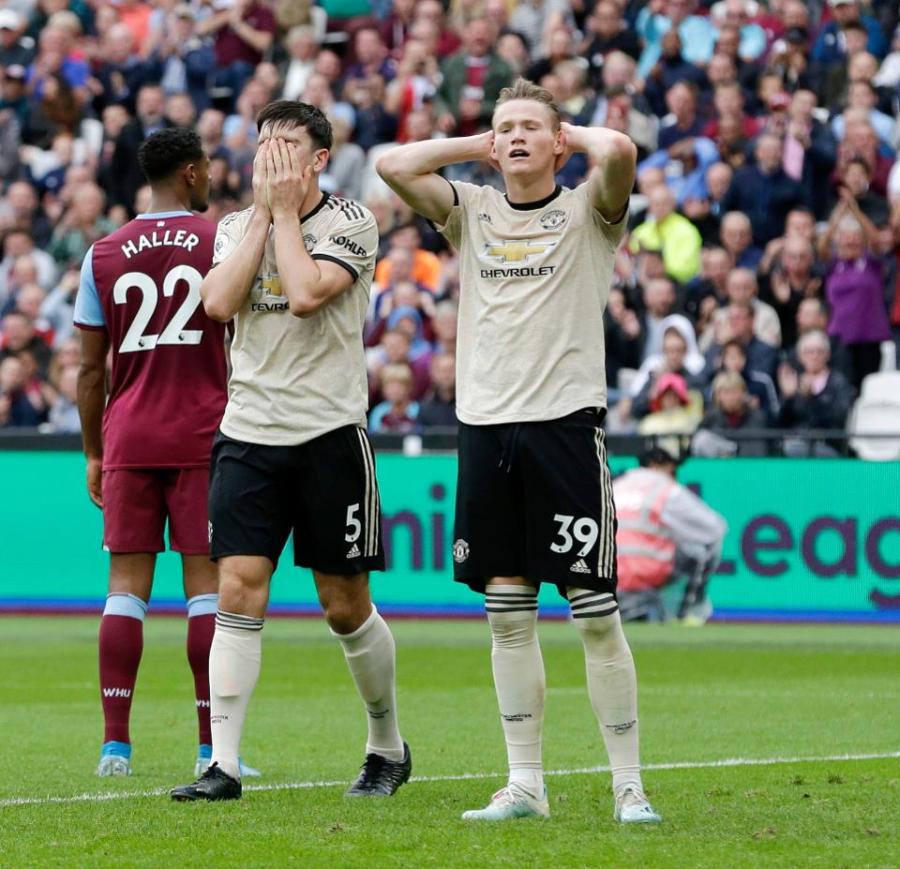 The script is becoming the same thing week in week out. Manchester United lose a game, the fans overreact, they yell at Solskjaer, they yell at Ed Woodward, they yell at the Glazers. They freak out that the team is falling into mediocrity. They demand immediate changes.

It’s all so fucking tiring.

It really wouldn’t be a problem if it was just the fans. For any team, in any sport, the overwhelming majority of fans are dumb. They think only with their hearts and for the most part don’t use their heads. They remember how things “used to be” and lament bitch about the way things are done these days. Rarely does anyone even bother to do the research to find out why things are done differently these days or why you simply can’t do things the way they used to be done.

The problem is it’s not just the fans. It’s the media too. People are supposed to be smarter than this, people who are supposed to understand the game simply… don’t. Rather they keep throwing out the same recycled narratives and tropes as if that’s going to change anything.

Maybe it’s not (completely) their fault. Maybe their editors force them to spew out these same narratives because they know that’s what’s going to get clicks and sell papers. Then again we’re dealing with the notoriously stubborn British here so I doubt it.

Here’s what we know.

Manchester United are rebuilding. They have a very young team. Young teams are going to be inconsistent. They’re going to win big games, and they’re going to lose games they shouldn’t. There will be ups and downs along the way.

Making reactions in September is stupid. It’s not enough time. It’s been six games. The weather hasn’t gotten bad yet. The games haven’t begun to pile up yet. The players are still acclimating themselves to each other and learning how to play at this level. Any reactionary changes that someone could make to the team at this point would hurt far more than it would help.

Here’s what else we knew.

At the end of last season there was a lot of “dead weight” in the squad. Everyone knew that players needed to leave. This summer they did. Fellaini left in January. Antonio Valencia and Ander Herrera didn’t get new contracts (different reason for the latter). Eventually Romelu Lukaku, Alexis Sanchez, Chris Smalling, and Matteo Darmian left too.

United only signed three players. That means going into the season we knew they were going to have a thin squad. We also know that a lot of the squad isn’t up to the quality that you’d want it. Jesse Lingard is a squad player at best. At this point of his career so is Juan Mata. Marcus Rashford isn’t a center forward. Andreas Periera stinks. Fans love the effort that Scott McTominay brings but let’s be honest, at best he’s Darren Fletcher, and Darren Fletcher was a squad player.

When you get injuries to your best player (Paul Pogba) and your best forward (Anthony Martial) it’s unrealistic to think there isn’t going to be a drop-off in the quality of play.

We knew all of this, so why are we still complaining about it as if anything is going to change?

What makes matters even worse is the hypocrisy behind these complaints.

Last year the fans (lead by the media) wanted United to stop signing players for commercial reasons. They wanted players who would play for the shirt, players that wanted to be at Old Trafford. Enough with the players that were just hear for a paycheck.

Ole Gunnar Solskjaer said the same thing yet just a few months later fans are already lambasting his transfer strategy. Fans are up in arms about the team not making an effort to sign Bruno Fernandes, a player who was looking for a pay raise.

They killed Solskjaer for letting Lukaku leave and not signing a new striker. They killed him for not signing Paulo Dybala or Mario Mandzukic, two more players who were just looking for a raise.

Last year the media and fans said if United didn’t finish in the top four they would struggle to sign the top players this summer. This summer fans those same fans killed United for… get this, not signing top players!

These are the same media members and fans who only wanted the club to sign players who wanted to be here. To them I ask, which top players were knocking on the door of Old Trafford and only Old Trafford this summer? And which of those players did United decline?

(Again, the fact that Bruno’s agent was linking him to every team shows that he was more looking to get a pay raise in the Premier League from anyone, not specifically United.)

Signing players isn’t easy. It’s become even more difficult since FIFA deregulated agents. Before complaining about United and all their financial muscle not spending “enough” money do some research on the subject. Find out why they can’t just spend whatever they want.

There’s a lot that goes into signings behind the scenes.  There’s fees, agents fees, and wages that all need to be considered. This all needs to comply with FFP laws. It’s really not the same thing as it was 5-8 years ago.

I feel like a broken record having to say this week after week. It’s exhausting but here we go. It’s a long season. It’s a young team. Bad losses are going to happen. It’s a very thin squad that will be tested even more when injuries happen.

All in all though. They’re fine right now. For as many question marks as United have all their rivals have just as many. The middle of the table has gotten better, but everyone will be inconsistent.

There’s really no reason to panic yet, and the complaining has to stop.

IT'S A REBUILD. IT TAKES TIME #MUFC

They're not scoring enough, which everyone knows, but as bad as they are, not many teams are much better #MUFC