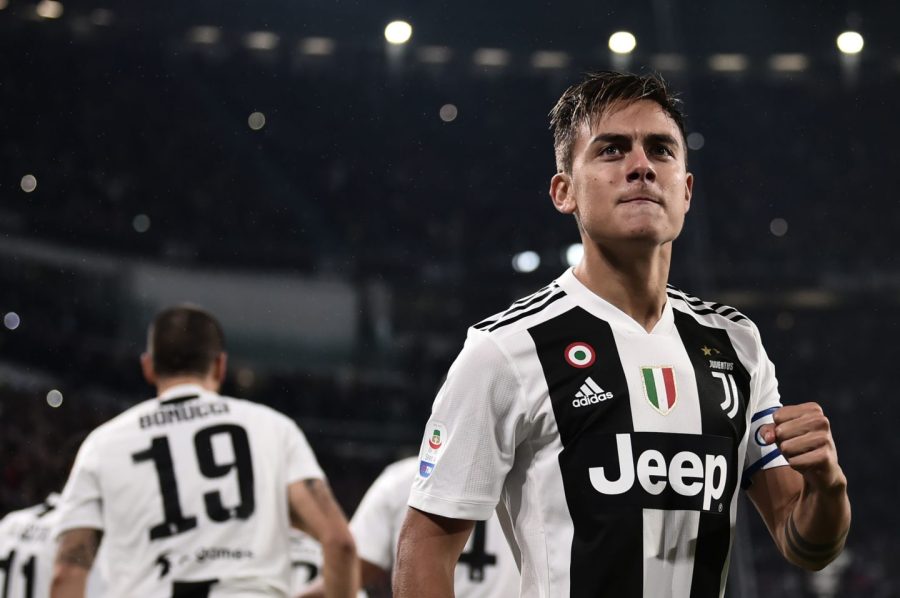 The season is drawing to a close which means transfer rumors are going to be springing up everywhere. Dybala seems a little different if only because I hadn’t heard it yet, but stumbled across it after googling his name.

What do you know, both the Daily Mail and The Daily Express pop right up linking him directly to Manchester United.

Dybala has long been a favorite of mine. He’s one of those guys that you “discover” when playing manager mode on FIFA because he’s young and cheap. After a few seasons he becomes unbelievable and then in two seasons when a team in real life pays big money to sign him you get to say “I always knew that guy was good.”

Dybala is coming off perhaps the most unlucky 12 month stretch any player ever has ever had. He barely got a minute for Argentina at the World Cup because Leo Messi doesn’t like him. Then at club level he had a horrific season because his game doesn’t mesh with Cristiano Ronaldo’s.

When he’s actually getting a chance to play his game, Dybala is good. Like really good. This was Dybala’s 2017/18 Serie A season when he was playing in a primarily central role.

Dybala would fit right in at United. He’s a natural striker who’s very good in front of goal. He’s also very good with the ball at his feet, allowing him to play anywhere across a front three, or behind the striker as a number 10. That would give United a lot of versatility in their attack along with Marcus Rashford, Anthony Martial, and Jesse Lingard*.

*That is, if those three players are at United next year. Rumor has it Ole Gunnar Solskjaer could look to offload Martial. Marcus Rashford to Barcelona rumors were very prevalent about a month ago but have recently cooled.

The issue with this is obviously cost. £85 million for a striker may not be a ton in today’s market, but it’s a lot when the team has many other needs. The team desperately needs a new center back, new fullbacks, a new defensive midfielder, and a replacement for Ander Herrera.

United already have a log jam up front, albeit it’s a lot of players who aren’t good enough. United desperately need to get Romelu Lukaku and Alexis Sanchez’s wages off the books. If they were to go in for Dybala, it has to be because they have deals in place to send those two out.

There are also reports out there that Dybala could be the first step in rebuilding following the departure of Paul Pogba. That would be bad. Dybala does not play in the midfield, and without adequately replacing Pogba it won’t matter how good United’s front three is. (I’ll have more on Pogba leaving or not later).

There are some that may be skeptical about United signing Dybala since their luck with Argentinian signings has typically not been great.

Marcos Rojo, Angel Di Maria, Gabriel Heinze, and Juan Sebastian Veron didn’t work out. Fans of course soured on Carlos Tevez following his controversial arrival at Manchester City but it shouldn’t be forgotten that before that he scored 34 goals in two seasons with United and was a vital part of their Champions League winning side in 2008.