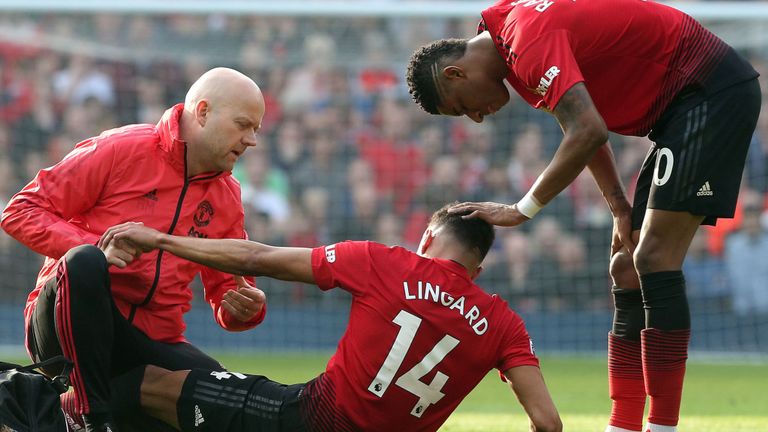 Senseless to send Lingard on when he is not fully fit and Rashford was struggling, even if Sanchez is the inferior player. Naivety against another 'elite' side evident again. #mufc

I honestly don’t know if Sam is in the minority here but there are still Mourinho stans out there so this needs to be addressed.

Yes, Lingard came on and got hurt. That sucks. But was Ole wrong to bring him on? I don’t think so.

The first half of Manchester United vs Liverpool was weird. United players were dropping like flies. Before the game it was Nemanja Matic, then it was Ander Herrera, then Marcus Rashford. Before Rashford could be subbed off, suddenly Juan Mata had to go.

Jesse Lingard, who was magically but unsurprisingly back on the bench, probably wasn’t fit to go 70 minutes. Nevertheless Ole brought him on to replace Juan Mata. Was it risky? Absolutely. Did it backfire terribly? You bet! Do I blame him? Not in the slightest.

Look, at the time, Rashford was pretty much dead. Romelu Lukaku was dead weight. When Juan Mata needed to come off after 20 minutes, bringing on Alexis Sanchez would have caused United to completely change their tactics, something they couldn’t afford to do. Bringing on Lingard allowed them to keep playing the way they wanted to play. It was a massive risk but doing anything else would have basically given United no chance.

Instead Ole rolled the dice with Lingard, a move that showed he wanted to win. It sucks that it didn’t work but at least he tried. Doing anything else would have essentially been admitting defeat.

There are going to be Mourinho stans out there who point to this tough part of United’s schedule and say Ole can’t handle the big games. GTFO. Ole’s had hard luck with injuries but the bottom line is he’s won all the games he should have won, something Mourinho can’t say.

At the end of the day despite all the injuries United came away with the better chances in this match. I’m not going to say they deserves all three points, but it certainly doesn’t feel like dropped points either. If you’re a United fan and you were offered this result back in December, you would have signed for it then.

PS: This Matic injury may be a blessing in disguise. I said when Ole got the job that Matic should be dropped for a game here or there 1) because he was tired and 2) because we needed to see if Scott McTominay could play that role. That’s an important question for next year.

I’d still throw the world at Leicester for Wilfried N’Didi but McTominay did more than hold his own there today. Job well done.