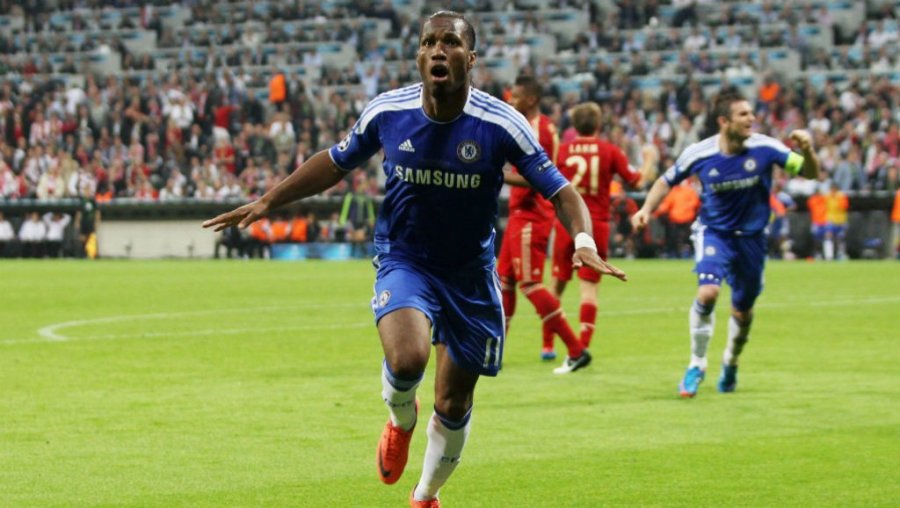 Former Chelsea and Ivory Coast striker, and NBA fan, Didier Drogba was sitting court side at the NBA All Star Game last weekend along with Thierry Henry and Patrice Evra. During the event Sky Sports decided to get cute and asked Drogba to name his own “all-star team” of players he played with and against in his career, a five a side team if you will.

Droba’s answer could not have been more hilarious. 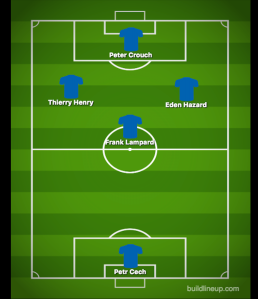 “He doesn’t need to jump. He’s just like there” said Drogba when describing the pick.

There’s so much to unpack here. Let’s obviously start with Peter Crouch? Why? Just because he’s tall? How does that help you on a five-a-side pitch where the goals aren’t big?? Nevermind the fact that neither Hazard or Henry, both of your wingers, are guys that the cross the ball into the box!

Moving deeper on the pitch, Drogba somehow doesn’t have any defenders and his lone midfielder is Frank Lampard, who isn’t a ball winner or a possession midfielder. How exactly are you going to win the ball back when you lose it and I got news for you, when the ball goes in to Crouchie, you’re going to lose it!

Never mind the fact that once you do lose it the opposing team is coming full steam ahead at Peter Cech with no defenders standing in their way. Lovely.

Listen Didier, I know you’re boys with some of these guys and there are obviously a ton of great players that can’t all fit in a five a side team, but you can do better than this. In fact, anyone can. Let me help you out a bit with a five a side team of players you played with or against. 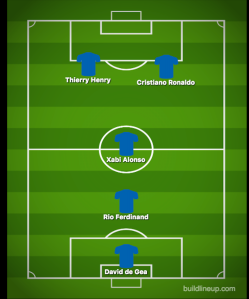 Goalkeeper: David de Gea – Drogba’s return to Chelsea in 2014/15 gave him a shot at playing against the best goalkeeper in the world, making him eligible for selection

Defender: Rio Ferdinand – You need a defender! Plain and simple. If given a choice Drogba would probably choose his boy John Terry, but in five a side you really need someone who can play with the ball at his feet. Ferdinand gets the edge.

Midfielder: Xabi Alonso – I wanted to throw in Paul Scholes but to show I’m not completely biased towards United players Xabi Alonso gets the spot. He’ll win the ball back, help Ferdinand on defense, and he’s an incredible passer. You could certainly do worse than him there.