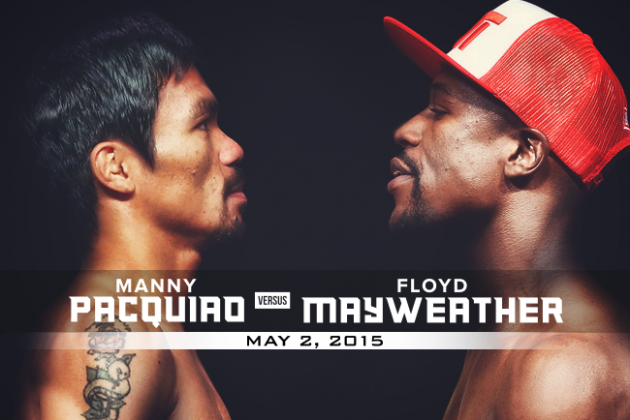 Hey did you see the fight Saturday night? Well of course you didn’t because there wasn’t actually a fight, just two famous boxers dancing around the ring and occasionally hugging each other. For a fight that was hyped up more then any sporting event ever this was one of the most boring sporting events I’ve ever watched, and I saw every David Moyes Manchester United match.

This was the first boxing match I ever sat down and watched, and while I don’t want to say “never” it’s highly doubtful that I’ll ever be doing it again. The match had absolutely no drama or excitement, and that is a big problem for Boxing.

Boxing fans will sit here and tell me Floyd Mayweather put on an absolute clinic Saturday night but they’re missing the point. Boxing is dying, everyone knows that. This fight was a chance to revive the sport and showcase your sport to casual fans and they failed miserably at that.

Last week on Boomer and Carton the guys were talking about how boxing is dying due to a lack of young fans and recognizable names. They’re partially right about that but frankly if your recognizable names fight as boring as Floyd Mayweather does, then it really doesn’t matter.

I don’t watch boxing, I don’t know much about it and I’m not going to pretend I do. But I gave the fight a chance and had it been a great fight I might have realized I’m missing a great sport and tried to watch it more often. Instead the exact opposite happened. Every time it seemed like Pacquiao had a chance to get something going, Floyd would just hug him and Pacquiao had to stop punching. Is that what always happens? Where’s the fun in that.

I understand when the boxing fans tell me that Floyd put on a clinic on how to fight defensively but the problem is fighting that way is boring, and boring doesn’t attract fans. Sure, boxing fans may appreciate the way Floyd fought, but the average fan doesn’t.

When I watch sports I want to be entertained. There’s a reason that Chelsea manager Jose Mourinhio has come under fire recently because of Chelsea’s boring style of play. He responded that winning titles isn’t boring, and he’s not wrong, you can’t argue with the results, but that doesn’t mean that his team doesn’t play a boring style of play. As a fan I’d much rather watch my team play an entertaining style that had a higher risk of losing, then watch them play a boring mechanical defensive game. Sure the result is nice, but the means of getting there wasn’t. That’s Floyd Mayweather.

Boxing fans can tell you all about what a textbook performance Floyd put on out there but the truth is, the amount of die hard boxing fans out there is getting smaller and smaller. Boxing had a fight that everyone in the country wanted to see, they had a chance to sell their game to America and they failed at that long term. It could be a failure that hurts them for years to come.